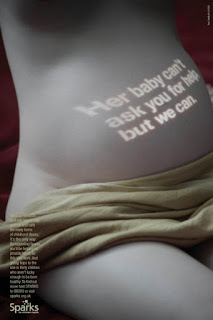 Poverty and the hopelessness it can bring into people’s lives is a major factor in the abortion rate. In one study by the Guttmacher Institute, women on Medicaid had twice the abortion rate of other women, even in states that fund childbirth but not abortions.

2. End publicly-funded abortions.
That Guttmacher study showed that if the state funds abortions in its Medicaid program, low-income women’s abortion rate doubles to be four times that of others.
3. Pass laws regulating the abortion industry.
Research by Michael New and others has shown that even very modest laws -- Informed consent, waiting periods, parental involvement for minors, etc. – afford more time to think over an abortion decision and lead to significant reductions.
4. Uphold strong marriages.
Unmarried American women may have four times the abortion rate of those who are married. This factor can combine with poverty in a vicious circle – the disruptions in life caused by poverty can make stable relationships harder to maintain, and unmarried or divorced women lack the personal support system that can help keep them from poverty and a desperate resort to abortion.
5. Promote “sexual risk avoidance” for the young.
This is an objective public health term for avoiding sexual involvement, as opposed to the “sexual risk reduction” approach of taking premature sexual activity for granted and then trying to reduce the damage. Recent declines in the abortion rate have occurred disproportionately among teens and young adults, and seem due largely to more young people delaying initiation of sexual activity. Teens are not known for being more reliable in contraceptive use than their elders.
Fonte: Washington Post