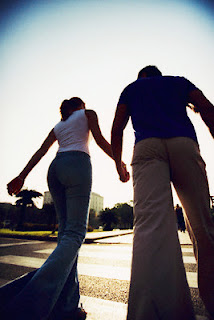 1. Women need reassurance that they are loved. Men often think that their love should be assumed, that they "closed the deal" when they married their wife. But, to women, it's not that simple. Most women have a fundamental insecurity about their husbands' love. They want to know that their husbands love them – today! Men will do well to make it a top priority to reassure their wives that they love them … and not just when things are going well, but especially during times of conflict.

2. Women can't just turn off thoughts that concern them. Think of a computer desktop, with windows open. To close the windows, one just clicks the close box and the window disappears. When it comes to thoughts and emotions, men just click the "close" box and move on. Women, on the other hand, may attempt to click the "close" box, but the window won't close. Their thoughts and concerns about bothersome past and present issues are not easily dismissed. What's a man to do? Telling your wife, "Just don't think about it anymore" doesn't work. Husbands should be good listeners and help their wives process their concerns and if possible to help them identify ways to resolve their concerns.

4. Women want men to hear and validate their feelings, not just the problem at hand. Most men know that their wives don't want them to "fix" their problems. They want their husbands to listen. So, why is it that husbands can listen to their wives talk, and still be accused of not listening? It's because of the difference in the way men and women handle emotions. Men want to discard the clutter of emotions and focus on the problem. But, for women, how they feel about the problem is the real problem. When men listen with an ear to hear, validate and empathize with their wives' emotions about a problem, wives feel that they have been heard.

5. Most women are wired to desire sex less than men. But, not being "in the mood" doesn't reflect a lack of desire for their husband. When men think about sex, they process everything through the grid how desirable they are. So, when wives aren't "in the mood," it feels like rejection to men; that they aren't desirable enough. Most women on the other hand, find that their husband's desirability has almost nothing to do with their own sex drive. Most women are wired with "receptive desire." This means that while they typically enjoy sex as much as men, they just aren't wired as heavily to initiate sex. Women need time for sexual anticipation. Further, for most women, sex is more about emotional connectedness than it is for men. Men would be wise to cultivate closeness and emotional security with their wives outside of the bedroom.

6. Women need reassurance that they're beautiful and that they rock their husbands' world! God has wired women with an emotional need to know that their husbands still find them beautiful. In our culture that promotes scantily clad women in all forms of media, women subconsciously compare themselves to these images and often find themselves not measuring up. So, when a wife asks her husband, "Do these pants make me look fat?" she's not really asking about the fit of the pants. She's wondering if her husband still finds her to be the apple of his eye. Men should make an intentional effort to regularly remind their wives that they find them beautiful!