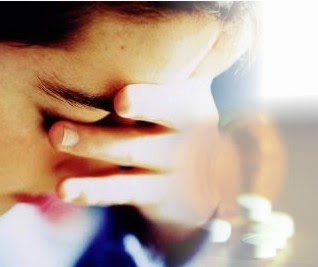 A recent article in The Telegraph reports that a former lawyer, Chris Sevier, recently sought a marriage license to marry his Mac-book computer.  In trying to argue his case, Sevier explained that he had become addicted to pornography via his computer, and so, “over time, [he] began preferring sex with [his] computer over sex with real women.”

The Telegraph reports Sevier as trying to make a case against the legalization of gay “marriage.”  Sevier stated in court: “If there is a risk that is posed to traditional marriage and children, both man-man couples and man-machine couples pose it equally.”  And he went on to say that “[in] considering the equal protection clause, there are no fewer policy reasons for preventing man-machine couples from marrying than there are for same-sex couples.”

While it might not be clear whether Sevier really wanted to marry his computer, or was just trying to prove a legalistic point, Sevier cites other cases where people succeeded in marrying inanimate objects or animals: One case where a woman “married” a dolphin, and another where a Chinese man “married” a cardboard cut-out of himself.

In addition to Sevier’s use of gay “marriage” to motivate legalizing machine “marriage,” recent research tells us how pornography can make romantic relationships with others less satisfying.  Given what habitual pornography viewing can do to one’s brain, it shouldn’t be surprising that porn-addicted men like Sevier prefer to be sexually stimulated by his computer over women.
The New Research - Porn: like taking drugs
It is time to start thinking about addiction to pornography—a destroyer of marriages—the same way we think about addiction to illegal drugs. So argue two neurosurgeons from the University of Texas Health Science Center at San Antonio.
In surveying “the medical implications of pornography” in light of “current evidence supporting an addictive model,” the two Texas scholars report that, like other addicts, those addicted to pornography suffer from “various manifestations of cerebral dysfunction collectively labeled hypofrontal syndromes. In these syndromes, the underlying defect, reduced to its simplest description, is damage to the ‘braking system’ of the brain.” Thus, like other addicts, pornography addicts suffer “a dysfunction of the mesolimbic reward centers of the brain.” More particularly, these addicts experience “reduced cellular activity in the orbitofrontal cortex, a brain area . . . [relied upon] . . . to make strategic, rather than impulsive, decisions.” The pornography addict may, in fact, manifest “decreased interest in pursuing goal-directed activities central to survival.”

Nor is it just a matter of medical science when pornography disrupts normal brain functions. The two scholars adduce evidence indicating that pornography use affects “sexual behavior in adolescents” and “does indeed cause harm in humans with regard to pair-bonding.” What is more, researchers have uncovered evidence that pornography may prime users for “actual sexual relations with children” and may foster “violent attitudes toward women.”